The long night on the net of museums

THE LONG NIGHT IN THE NET OF MUSEUM

The “back to the future” of our national museums is now near, perhaps on May 4th, let’s get ready!

The countdown has started, and a multitude of over 850 thousand operators, plus a double number for related industries, try to warm up the engines of the almost 5 thousand museums, archaeological sites and parks, monuments, eco-museums and more of which Italy is proud!

The day of the restart is approaching, but before the possible reopening, the sums are pulled a little.

It is time for final balances, analyzes and evaluations, it is time to look for new horizons, new strategies for museums and culture.

Each of the operators in the sector, in recent months, has done its utmost to keep attention focused on museums, archaeological and historical sites, while the network, online communication, social networks have become the new “virtual rooms” for cultural content.

In a context where just 10% of museums have a digital catalog of their works, the museum area has entered, or in any case has tried to enter, the virtual network with a considerable and commendable effort.

On this presence on the web of museums, we try to face an analysis, albeit not exhaustive, but which could be interesting because, more than ever now the “digital gold rush” had shown itself with so much fervor and participation.

Let’s go in order and start with the closure, forced and sudden, which also came to the museums with dismay.

FOR THE NEXT FUTURE, WHAT TO DO

It was the question of all cultural operators, understood in a broad sense.

As has always happened, for museums and the cultural sector, everyone has rolled up their sleeves with a common goal: we do not interrupt the flow of content and use.

Together they began to rearrange the ideas, move the inaugurations of the exhibitions, cancel, plan new initiatives for the post-emergency.

All, or almost all, have seen, searched or found on the net, the first and most “simplified” window to the outside, to the public, the potential user, unaware of throwing themselves into the “Infinity” of Leopardian memory where: [… ] shipwreck is sweet to me in this sea. In the net, social media, virtual reality, messages, chats, tweets, live broadcasts, news, websites, many dived into a sea where it is easy to shipwreck, but not in a sweet way!

On the other hand, it was not even conceivable to stand still and admire “from the hillside” what happened and therefore: “Action”!

It must be acknowledged that, among the first to act to support the “flow” of online cultural content, it was the slow but powerful state machine of the Ministry for Cultural Heritage and Activities, Minister Franceschini in the lead who at the “scream” of #iorestoacasa, in a short time, flooded the Mibact network and website with a thousand “virtual” contents, sometimes of great and absolute value, from North to South.

Perhaps more complex to think of a “Netflix of culture”, but one should still “look inside” before expressing opinions.

At the same time, the museum-cultural system which, for the sake of brevity called “Private”, already present on the net, has increased production, but in a more “vertical” way, targeted and calibrated for its own target, being able to count on loyal users, by news, direct, previews, reserved channels, reservations and sales.

It is not so much a question of comparing the systems or criticizing the choices or the quality, as “seeing positive” on the network, analyzing where more has worked, where less, and above all how and why.

All this even if a first answer is already possible: you can’t improvise!

Umberto Eco, who really was not soft when he wrote that “the Internet has given the right to speak to imbeciles”, today would have had extraordinary study, an infinite number of “visualizations” of our “being” even if not exactly in a Platonic sense.

The “large network” of the museum has made a little bit of everything flow, from immersive three-dimensional virtual reconstructions and of great effect, with as many costs, to single images in low resolution with low brightness, “amateur” shots, often accompanied by impossible texts to interpret and unlikely to be read on the ten inches of a smartphone.

Unpublished, singular, “joyful” to the limit of the “aberrant” the backgrounds of texts and images have appeared, such as to make even an old linotype pager shiver.

Not to mention the missing links, disappeared, non-existent, and still the audio and the live streaming with the “big faces” who are desperately trying to get into a shot to envy Lilli Gruber.

At the same time we enter, more often and in disappointing terms, into the homes of television personalities and then, finally, also into desert museums, in their essence of being, this time in a Platonic sense.

It will be the beauty of the places, the deserted rooms, the longer shots, the extended times, the spaces never seen before, our “free / forced” time, but these contents “shot” on the net have their own unusual suggestion, such as to make you forget the smudges, the jumps of images, the audio and the light that oscillates. All this now, during the lockdown, but what about afterwards?

After the system will jump into the air, there will be a period of detoxification, but the line of a “no-return road” will remain and many people will have to equip themselves to be able to travel; museums and cultural centers included.

A structural leap is needed for online communication and management of our culture. 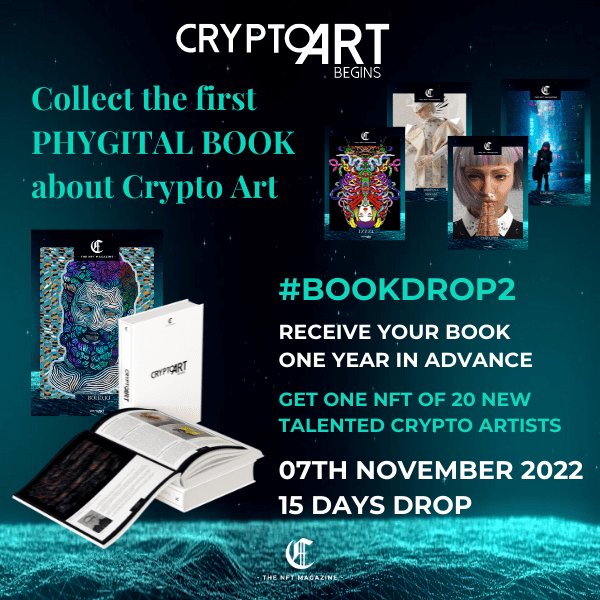