Women artists at the National Gallery of Rome: digital project Women Up

Under the direction of Cristiana Collu, the Galleria Nazionale d’Arte Moderna e Contemporanea in Rome is engaged in a process of enhancing the art of women.

In 2020, research was conducted on women artists in the National Gallery of Rome through an analysis of the collections, acquisitions and temporary exhibitions: 251 women artists are in the collection, 10% of the total, with 517 works and 26 countries of origin.

Until 2014, only three works by female artists were purchased each year. From 2015, the year Collu arrived, to date there have been 16 each year. Twenty percent made it into the collection, and in 2019 works by women artists became 30 percent of total acquisitions.

As of 2016 to date, one out of every 4 solo exhibitions is dedicated to a woman and in group shows the average female presence is 25%.

Women artists are promoted by the National Gallery of Rome not only through temporary exhibitions and works in the collection, but also through special projects aimed at investigating the female universe in art.

In July 2020, the National Gallery launched ‘Women up’, a rich and articulated programme that brings together different looks, languages and voices to highlight the central role of feminist contributions in shaping the art system.

“With Women Up we raise the volume of voices,” is the slogan of the initiative, whose contents are also available online, thanks to the museum’s partnership with the Google Arts & Culture platform.

After a huge work of digitization of works, talks, texts, insights, the National Gallery of Rome and Google Arts & Culture have brought online a program that consists of 139 stories and over 16,000 images and videos.

On the platform it is possible to listen to the words of experts and art critics who guide users to the discovery of over seventy female artists, protagonists with their works of art in the struggle for gender equality and women’s rights.

Users can listen to more than 20 audio stories, which tell, among others, the artists Anna Maria Maiolino, Tomaso Binga alter ego of Bianca Pucciarelli and Dorothea Tanning. It is possible to discover the art of Dora Maar, photographer and painter, of Meret Oppenheim, pioneer of Surrealism, of Vanessa Beecroft with her tableaux vivants.

A selection of the museum’s collection has been digitized in very high resolution, and it is possible to observe the works in their minutest detail, from “Südlicher garten” by Meret Oppenheim to “Apollo and Daphne” by Ketty La Rocca.

But it’s not over yet!

An entire section of the digital project is dedicated to the Carla Lonzi Archive: on Google Arts & Culture it is possible to access over 16,000 digitized documents from the archive of the famous art critic, writer and feminist theorist.

And you, are you ready to discover “Women Up” at the National Gallery of Rome? 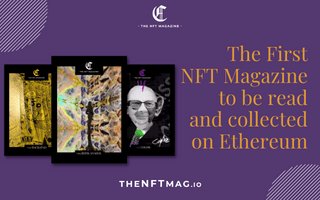